In simple terms, dyslexia is a problem that makes learning to read hard and makes reading in general an activity to avoid at all costs. Young children begin life excited at the prospect of learning how to read and write. For many children, going to kindergarten means they are going to learn to read. Some of these children are predisposed to dyslexia and are unknowingly at “high-risk” for developing reading failure. Dyslexia is found in very smart people who have achieved great things. There is an impressive list of high achievers with dyslexia.

Learning how to speak . . . is something all of us achieve, but not all of us learn how to read naturally and easily. Reading backwards, upside down or words jumping around on the page is not dyslexia. Wearing colored glasses or tracking activities for the eyes is not going to teach a person how to read. Our brains have to be able to work with the “sounds” of the language that we speak when we read. Yes, letters are something that we see when we read, but they are symbols for sound. Turning sounds into words is reading. Turning sounds into printed symbols for those sounds is spelling. For example:  Many people think we look at a word like was and remember it in our visual system as a neat little chunk of letters that says ‘wuz’. Not so. Our visual system sees the squiggles and sends the information to the back of our brain that wakes up and screams, “letters, meaningful information has come our way.” Within 150 to 250 milliseconds of seeing a word the visual processor has turned over the job to the “phonological-sounding out brain” to read it.  Read these words: ‘Reflicmuntional’ ‘Broumps’ How did you figure out the word? Didn’t you have to rely on your brain turning letters into sound? Unlocking the sound code of the English Language in a way that is effortless and unconscious is where good reading begins. Reading is not a skill that all of us naturally “do”. Some of the brightest individuals will have trouble learning how to read. Dyslexia is no longer a mystery and the ways in which children and adults are taught to read and overcome dyslexia is not “voodoo”. Explicit, systematic research-based methods to teach individuals the “code” of our language allows them to learn how to read efficiently and accurately.

Dyslexia is an Inherited Genetic Trait

Not all brains learn how to read as easily as other brains. Dsylexia is an inherited genetic trait and may or may not be “expressed” in an individual. A person may be predisposed or at “high risk” for experiencing dyslexia, but it is not entirely genetic. A combination of environmental exposure and genetic endowment are responsible for what kind of reader a child will ultimately become. Because dyslexia is inherited it runs in families and should be identified and treated as early as possible. Remember though it is never too late to learn how to read.

The technical research definition for dyslexia is as follows:

“Dyslexia is a specific learning disability that is neurobiological in origin. It is characterized by difficulities with accurate and/or fluent word recognition and by poor spelling and decoding abilities. These difficulties typically result from a deficit in the phonological component of language that is often unexpected in relation to other cognitive abilities and the provision of effective classroom intstruction. Secondary consequences may include problems in reading comprehension and reduced reading experience that can impede growth of vocabulary and background knowledge.”

People with dyslexia have trouble spelling and rely heavily on their memories for both reading and writing. Many dyslexic people, especially those people who have a capacity to memorize words can “read”. The problem is they don’t read well and don’t like to read. If they don’t know the word already they have no way to figure out a new word. They are locked into a very inefficient visual memory system that breaks down whenever the phonological or sounding out system is needed to figure out how to “say” the new word.

Spelling difficulties and difficulty with reading comprehension are often secondary weaknesses that result from undiagnosed and untreated dyslexia. Not every person who is dyslexic is the same and each person recovers at their own rate and within their own ability. The earlier a person is treated the better the outcome.

Is My Child Dyslexic?

Individuals with dyslexia have trouble with reading, writing, spelling and/or math even though they have the ability and have had opportunities to learn . . . read more about symptoms

Anxiety comes in many forms. It can be situational (that is, specific to one kind or class of worry, like traveling or being in social situations). Individuals with dyslexia may experience stress and anxiety in situations in which they feel they will make mistakes, be ridiculed, or made to feel foolish in front of others.  Read more about stress, anxiety, and dyslexia . . .

Social and Emotional Problems and Dyslexia

According to research done by Samuel T. Orton, MD,the majority of dyslexic preschoolers are happy and well adjusted. Their emotional problems begin to develop when early reading instruction does not match their learning style . . . read more about Social and Emotional problems

What is MultiSensory Teaching?

Multisensory teaching is one important aspect of instruction for dyslexic students that is used by clinically trained teachers. Effective instruction for students with dyslexia is also explicit, direct, cumulative, intensive, and focused on the structure of language. Read more about Multisensory Teaching

What is the Best Method for Teaching Children with Dysgraphia?

As yet, there is no certifiably best method for teaching children who experience reading difficulty (Mathes et al., 2005). For instance,

​research does not support the common belief that Orton-Gillingham–based approaches are necessary for students classified as dyslexic (Ritchey & Goeke, 2007; Turner, 2008; Vaughn & Linan-Thompson, 2003).

Reviews of research focusing solely on decoding interventions have shown either small to moderate or variable effects that rarely persist over time, and little to no effects on more global reading skills. Rather, students classified as dyslexic have varying strengths and challenges, and teaching them is too complex a task for a scripted, one-size-fits-all program (Coyne et al., 2013; Phillips & Smith, 1997; Simmons, 2015). Optimal instruction calls for teachers’ professional expertise and responsiveness, and for the freedom to act on the basis of that professionalism.  (International Literacy Association, Research Advisory: Dyslexia, 2016.  Read the full article . . . ) 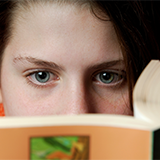